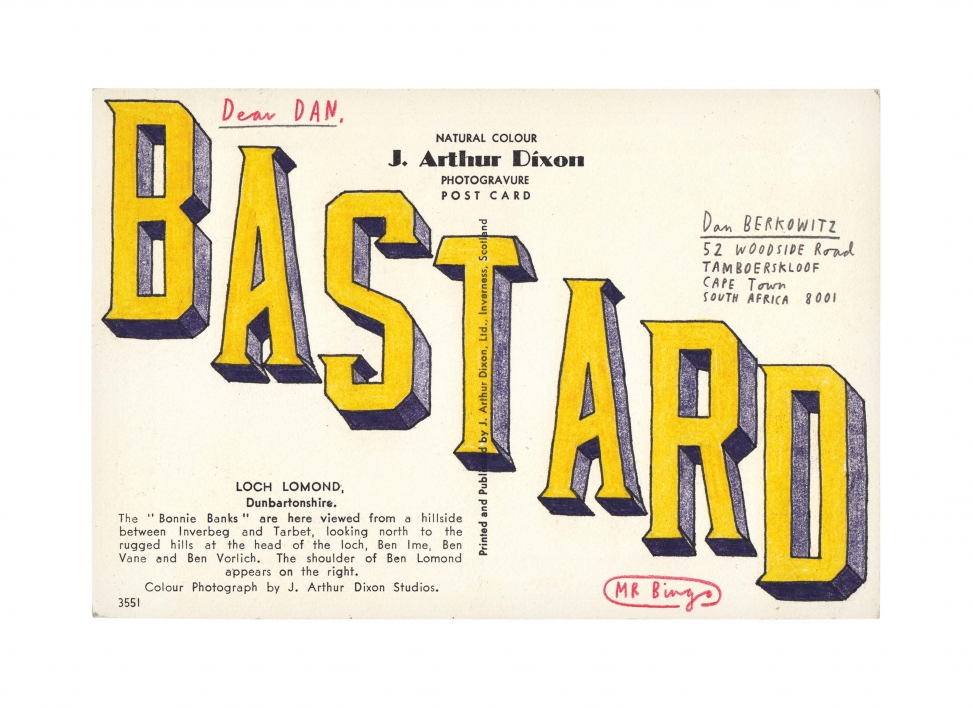 «In 4 seconds
Mr Bingo likes drawing things and rapping and this is a website of some stuff that he’s done.
In 39 seconds
Mr Bingo was a commercial illustrator for 15 years, working regularly for clients such as The New Yorker, The Guardian, TIME, CH4, The Mighty Boosh & The New York Times. An archive of the thousands of illustrations from this period doesn’t exist online because he got bored once in a motorhome and deleted his entire portfolio website. You can see a small selection of work from this period here.
In 2015 he launched a Kickstarter to fund a book about his Hate Mail project. The campaign featured a rap video and a diverse selection of rewards including being trolled, having your washing up done, going on a date in Wetherspoons, being told to fuck off on Christmas Day and getting shitfaced on a train.
He decided around this period to never work for clients ever again and focus on being some sort of artist which he’s done ever since.»